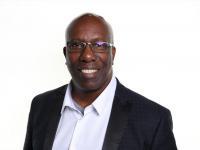 John Arnold is a citizen of Trinidad and Tobago and was born on the 9th January, 1958. He demonstrated his creativity early, at age 8, by learning to play the piano and using his ear to play popular tunes he heard on the radio. He grew up playing for a number of churches throughout Trinidad and Tobago. While at high school, John was a regular pianist for school activities, camps and other youth related activities.

Mr. Arnold is the holder of national award Hummingbird Medal Gold for his work in culture. He has had immense experience working in Culture, Education, Event Management and Tourism.

He is currently the Chairman of the MusicTT board, Lecturer in Event Management with Arthur Lok Jack Global School of Business, a director on the Creative TT board, the President of COTT, Music Copyright Organization of Trinidad and Tobago and the Executive Chairman of Shaw Park Complex.

John is a tenacious, "Type-A" personality with strong attention to detail and shares his knowledge/skills of event planning and culture with many persons and organizations. John has been one of the main brains behind many of the events initiated by the Division of Tourism and Transportation, Tobago House of Assembly. These include the Tobago Jazz Festival, Tobago Muhtadi International Drumming Festival, Tobago Gospel Festival, Tobago Jazz Experience, and many other signature events in Tobago. He has also co-ordinated international meetings and coordinated Tourism Promotional Tours to Latin America, Europe, Asia and North America.

John is frequently sought after for choral and music workshops in the region and has conducted sessions in the Caribbean and Latin America. John is also the founder and musical director of the illustrious Signal Hill Alumni Choir which has toured all over the world as ambassadors of Trinidad and Tobago’s great culture. John is an accomplished pianist and also the leader of Tobago’s only Jazz ensemble the Kariwak Players.John has three personal CDS to his name which are Breaking Ground, Smooth Jazzy Feelings and Kaiso in the jazz stew.

John is currently the event coordinator with the Division of Tourism and Transportation, Tobago and is by far one of  the most experienced event planner on the Island. He has served on many event planning committees for the Tobago House of Assembly. He enjoys the sea, reading and watching movies. 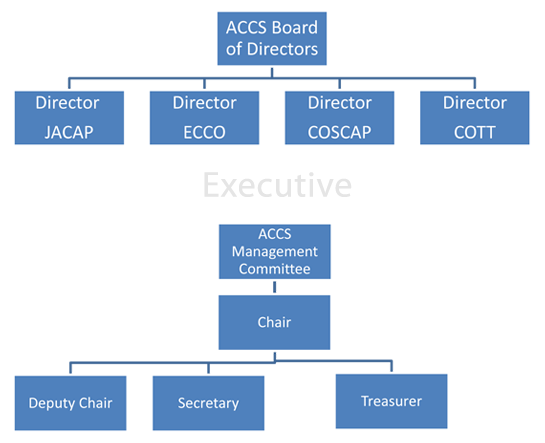 The ACCS Management Committee oversees all executive functions and comprises the general managers of member CMOs.

Designed and developed by Darron Grant